Different Generations in the Workforce

The workplace can be an incredibly diverse place, with age ranges spanning those in their first jobs through to experienced work veterans. Generally speaking, different generations have different attitudes, behaviors and values as they relate to the workforce.

Veterans are the ones currently exiting the workforce for retirement. They grew up in a traditional and conservative time period; they’re formal, show high respect for authority and adhere closely to rules.

As a group, they prefer to work alone and are highly driven to go above and beyond the status quo. They believe their immediate work to be a reflection of themselves and proof to warrant respect from peers. As such, they’re often highly critical of others work, acting habitually as a perfectionist and wanting to help others improve.

There are the demographic born directly after the war. They grew up in a time of change and are well known for their ‘workaholic’ status. As a group they’re optimists, ambitious and loyal, valuing long-term careers.

Baby boomers are arguably the most career oriented demographic, often viewing their jobs and career progress as the most important thing to them. They’re more individually motivated than other groups, often disregarding feedback in place of self-reflections. As a group they’re driven by money and titles - they like to feel valued and integral to a business.

Gen X are the ones between Baby Boomers and Millennials and the workers who are approaching the peak of their careers. As a group, Gen X are an interpersonal bunch - working best with direct, face to face interactions.

Gen X grew up in an age of innovation. They’re the children of those returned after World War II and live by a mantra of ‘Do it your way, forget the rules’.

Often referred to as ‘Millennials’, Gen Y are the ones who are moving up in their jobs and careers right now! They’re advocates for work-life balance, viewing their careers as a means for making the most out of life. They’re multi-taskers, entrepreneurs and goal-oriented. They also remember a time without their internet!

As the up and coming generation of workforce leaders - that is, the business owners, directors and managers - Gen Y’s future impact is some of the most apparent. As a group who’re all about working smarter, not harder, Gen Y are future thinkers and strong communicators. They’re likely to work best in highly collaborative environments, taking on and allocating responsibilities based on individual’s core strengths.

Gen Y are the workforces best distance communicators - they call, email and text a lot! Likewise, they crave feedback; praise when a job’s done well, constructed critiques when there’s room to improve.

This is today's youth - they’re the ones who are in school, both primary and secondary, and have grown up in the digital world having had internet access from day one. iGen are the up and comings in the workforce - the one’s who’ll be moving into jobs as the aging population exit over the forthcoming years.

What makes iGen so different is their natural affinity to everything technology based. They’re the one’s who’re adopting technologies first and are advocates for innovation. Everything is online, including their conversations, shopping, education and entertainment.

This affinity for technology poses massive benefits for businesses, including boosting efficiencies through the automation of otherwise manual tasks, or simplifying complex processes. Conversely, it can also play host to challenges or conflicts if not managed properly; older employees are generally not as tech savvy and often resistant to change. 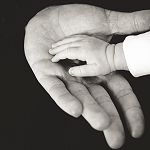 Handy Hints For Putting Together Your CV / Resume / Bio

Writing about yourself can be tricky, but at the end of the day it is an outline of who you are and importantly your key selling points.

Link to Summer Internships - What's in it for me? article

Summer Internships - What's in it for me?

So you've heard your lecturers or parents mention the word "Internship" but you don't really know what it means. What do internships entail? Why should I be considering applying for an internship while I am studying? All very valid and common questions - you're not alone!

We have 25 Employers from a wide range of industries in Eastern Southland. Take a read of some of the advice that they have for youth getting started in their career.